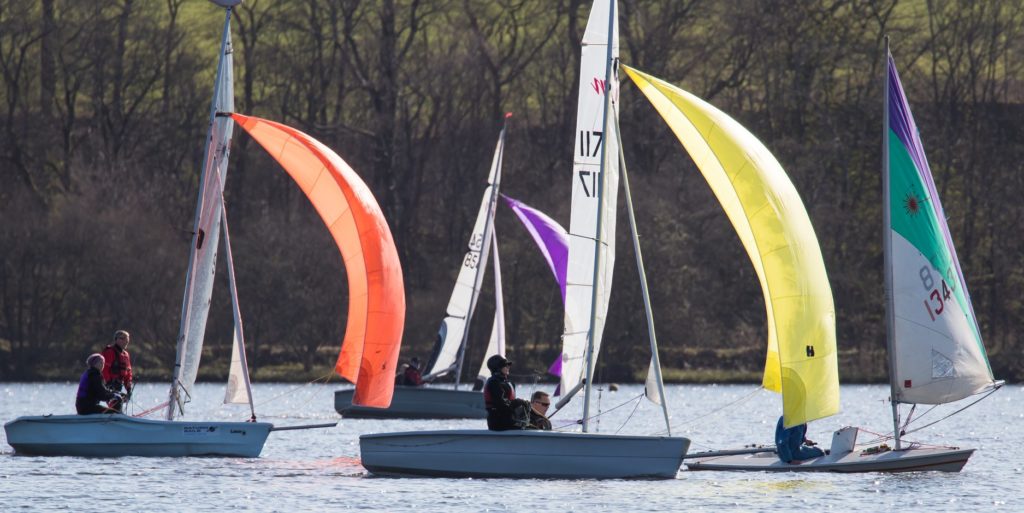 I think the best part was the glorious warm sunny day! The wind was slightly better than forecast and did look promising for a while, however after 30 minutes or so into the first race it began to dwindle away.

We had 6 asymmetric boats racing plus Leo in his laser.   The course was fairly lengthy 1,6,3,9,2 well it became lengthy with the wind gradually dropping off.  After a second race with a slightly shorter course of 1,7,2 two boats retired and the rest struggled on.

After a good lunch -thanks to Jules for the soup (none left!) – to Izzie for the quiches  (all gone) and Mrs Alan for one of her delicious cakes (of course all eaten) – a debate ensued as to whether it was worth a third tortuous race – Tom had had enough, the Master Vortexer having retired from the second race was busy working on his EPS…..but he was called back to work out whether it was worth Brian going back out on the water……

so the results were:

From the pictures, you can see a suspicious looking character was seen out in Stan’s cruising boat!

Pictures from the day

Well done to all.  This is the second year of a no wind Asymmetric Cup day so I think we might look at changing the weekend next year.  The upside of the day was anyone who was due to be at a Mother’s Day event probably arrived in good time!

Many thanks to all those who helped – Team Pam (+ Hannah), apprentice Sparkie to the RO, Jan, Eleanor and I am sure Stan and Ollie and anyone else who I have forgotten.